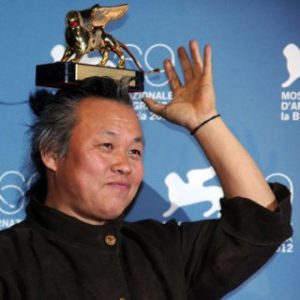 On December 20, 1960, the world-famous Director Kim Ki-Duk was born in Sobenni village (South Korea). The biography turned out to be motley: he left school as a 15-year-old teenager for a job at a factory, then immediately joined the ranks of the Marines, dreamed of working as a priest, became interested in drawing, studied in Paris. Ki Duk wrote his first screenplay when He was in his thirties…

Since his debut film “crocodile” (1996) came a few dozen pictures — controversial, shocking, permeated with the spirit of Asia, a mixture of inhuman cruelty and poetic beauty. We remembered the most striking works of the Director.

1. Address unknown (2001)” Address unknown ” is a drama — reflection of the Director on the topic of post-war Korea. The beginning of the 70s, the Country is divided into two parts; a small village with a neighboring military base of the United States.
In the center of the plot three-a one-eyed girl, an introverted artist and a half-breed guy. It is difficult to understand what unites so unlike at first glance at each other young people. Even more difficult to understand the motives of the characters.
“I grew up in the country and remember a lot of letters scattered randomly on the ground. They were not received because they were sent to unknown addresses. Most of these letters stuck in mailboxes until a gust of wind blew them away. Every time I saw these letters I felt an irresistible desire to open the envelope… I read stories full of sadness and despair. For me, the three characters of this film are like letters not delivered from my childhood, ” the Director says in one of his interviews.

Nevertheless, despite all the depression and has become a trademark of the Director’s cruelty, the tape does not leave behind a heavy impression. On the contrary, Ki Duk’s nostalgia — a series of melancholic landscapes, expressive musical accompaniment and timid feelings of exhausted people-leaves hope, like a glimmer of light at the end of the tunnel, for humanism and compassion, for light-light sadness…2. Coast guard (the Coast Guard, 2002)One of the toughest in the filmography of the Director are scenes with fish hooks in the esophagus and vagina of the heroes of the tape “Island”. You probably just don’t remember or haven’t seen the episode on 19 minutes of “Coast guard.” Here the eye twitches a little, there are quite a lot of painful associations from world history and literature-about the “catalogue of blunders”, about “the last link in the evolution of the animal world”.
“Violence is an important source of energy. I know what I’m talking about, because I’ve been beaten a lot. Everyone was beaten: the father, the guys on the street, the police beat, beat in the Navy. I realized that violence is an interaction, as a result of which something new is born, ” Kim Ki-Duk said. The new violence of the Coast guard is as old as the world: a “misfire” that took the life of one and the mind of two, half-witted, given in turn to the whole company, ” group abortion bayonet.” Ignoring everything politically correct in the movie, constantly disturbing the balance, heating up the nerves of the viewer to the limit, the cruelty of Ki Dooku is just a shadow, without which it is impossible to see the light.

“When I shot this movie, I found that everything is not good in the army, there is a lot of wrong,” comments Ki Duk. What is an army? Orders devoid of common sense, the destruction of nonexistent enemies, General insanity, and as a result — the suffering of essentially good people.”Barracks Thriller,” reviled by feminists of all stripes, “the Coast Guard” takes a deserved place in our list as one of the most striking anti-war films.3. Spring, summer, autumn, winter… and again spring (Spring, Summer, Fall, Winter… And Spring, 2003) Starting with ” Spring, summer…”the Director moves away from a straightforward demonstration of violence. The viewer witnesses the life of the main character, his childhood, adolescence, youth, manhood and maturity. The seasons meanwhile slowly change each other…The film, which received at the time quite positive criticism and a rating of 95 on the website Rotten Tomatoes, was a kind of leap for the Director, who turned his strict gaze towards Buddhism and man in search of meaning.The seasons are cyclical: we observe the birth of life in nature, then its growth, aging and extinction. The same is seen by two of the hut on the lake — the teacher and his pupil. The latter will have to experience a full bowl of experiences – from passion, obsession and suffering to redemption and enlightenment.For people of Western civilization, it is difficult to understand the meaning of monotonous rituals: many hours of vigil at the figure of the stone Buddha, “wood carving” day and night, silence, a couple of phrases, silence and contemplation. In the process viewing catch themselves on thought, that not quite don, in modern whether world is happening narrative or, say, in the past century, although from external world two separates only symbolic the door on water…

At the same time simple and complex, the film is full of pure energy of peace and harmony-rare gems in the work of the Director. Ah and separate bonus for the viewer-the emergence of the most Ki Duk in the endgame.
4. Empty House (2004) Another film parable, the picture “Empty house”, introduces the viewer to a strange character — a silent young man who settles in the house while their owners are away. He not only eats and sleeps in someone else’s bed, but also neatly fixes broken things in the apartment. He looks at the pictures on the wall and is photographed against the background of the pictures.In one of the “empty houses” the hero meets an unhappy woman. Mutual interest sends the strange couple on a motorcycle somewhere into the night.But it would be naive to expect a beautiful romantic story from Ki Duk without nuance. There is no, history indeed surprisingly is beautiful — here and heartfelt interest human to man, and tears, and tenderness a real closeness — – but this is at all not about love. Although love is certainly one of the components of the picture.Subtle connections between strangers arise completely by accident, without unnecessary words and gestures. In fact, close people are actually evil; behind a solid, beautiful facade often hides violence, bitterness and pain. “Every unhappy family is unhappy in its own way,” and love for a mere mortal is only a fantasy. Sometimes it seems so real… but it is necessary to extend a hand — a Ghost.

5. The bowstring (the Bow, 2005) a Lonely barge at sea. There are two on it — not counting the occasional fishermen-an old man and a young maiden. “Is he your grandfather?”— be too familiar to the fishermen, and then taking a virgin for the soft spots. Yet she was his foundling, and he was her betrothed. Despite the gap in age and progressive old age, he counts the days on the calendar before his wedding, still ten years grew and fed…However, it would be too linear to perceive this picture as a story about an unequal marriage. Here is a delicate reflection on the transience of life and the impossibility of influencing and absorbing what does not belong to you; and a visual demonstration of how the traditional stagnant way of life slowly languishes, weakens, and the only way out is to take and strangle yourself.Built on contrasts and captivating from the first minutes of “delicious-tasteless” picture, the film is likely to be remembered by the viewer is the visual component: bright picturesque images, symbols, its melancholy, meditative mood. And of course, the music that adds to the work of poetry and artistic completeness.

Like Takeshi Kitano, Kim Ki Duk is not much favored at home, believing that they are a kind of “trade dolls” for export. Perhaps this is too simplistic view of the work of the Director. In the end, who is more cynically exploits the viewer — the Director of a tragedy or a lurid melodrama? In Ancient Greece, the first option was definitely more appreciated.To date, the filmography of Ki Duk has about 23 films, and just recently his new work “Man, place, time and man again” was released, so the five presented in the review are only a small part of the work of the”poet of violence”. If you have your favorite Director’s work, welcome to the comments.