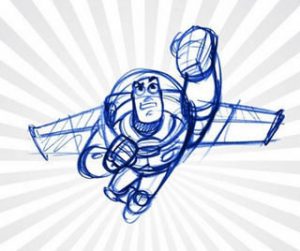 “Oh, The Internet! Dreams of the digital world ” Lo and Behold, Reveries of the Connected world Duration: 1 h 38 minkultovy German Director and screenwriter Werner Herzog succinctly and gradually told about one of the most important inventions of mankind-the world wide web. His story begins in the “Holy of holies” – the office of the University of California, where the world’s first Internet device 1969-armored “Communicator packages”, the size of a human growth.The Director himself is the main character and narrator, periodically enters into dialogue with figures such as Elon Musk and Bob Kahn. From the film, we learn that the world’s first Internet message (“LO”) was a snippet of a word (since after the letter “O” the computer stopped working), about Buddhist monks who immediately grab their smartphones after meditation, and much more.It is obvious that the main theme of the film is not scientific achievements and discoveries related to the world wide web, but more philosophical and vital questions, namely-how much the Internet changes the habits and lives of mankind. In the States, the film collected almost 600 thousand dollars (a very impressive figure for a documentary project). “Oh, The Internet! Dreams of the digital world — is an informative and exciting movie that will be interesting to watch for both adults and children.

“The story of Pixar” the Pixar Storydlitelnost: 1 h 28 minnevodobnoe journey behind the scenes Pixar Animation Studios-one of the most inspiring companies of our time, made a huge leap in the development of animation and filmmaking.The Director was American Leslie Iverks, daughter of Disney co-founder don Iverks and granddaughter of AB Iverks, animator and co-Creator of Mickey mouse and Flip the frog. With such a background, there is no doubt that she knows the ins and outs of the animation industry firsthand.At the very beginning we are introduced to the main ideologue of the company-a certain John Lasseter, a simple dreamer who wanted to become an animator. After graduating from the California Institute of arts (where at one time studied Tim Burton and Henry Selleck), Lasseter gets a job at Disney, later quickly loses it (for excessive passion for computer graphics), goes to the company of George Lucas Lucasfilm, where together with a team of physicists for the first time begins to implement the idea of creating three-dimensional cartoons. And here begins the most interesting…Pixar — the most successful animation Studio for all time of existence of cinema. Starting with one computer for four animators, the Studio loudly declared itself a project “toy Story”in 1995. Ironically, it was after the merger with Disney that the company reached a new level of development. It is worth noting that one story Pixar film is not limited to – you can also learn about the development of the animation industry throughout the 30 years of its existence!
“Faces, villages” Faces places Duration: 1 h 28 minoskaronosnaya collaboration of the famous French Director and photographer Agnes Varda and graffiti artist and photographer Jr. The pair embark on a real road trip through rural France in a truck equipped with a portable camera and its own local printing office. In the course of his journey, unique portraits of different age and status of people are created.
In fact, the project “Faces, villages” is a rather strange, but incredibly attractive creative tandem of an experienced 89-year-old Director and 34-year-old idealist artist. We can say that this is a real Manifesto of the beauty of the world, in which completely different generations do not clash foreheads, and relaxed chat and explore themselves, exchange experiences with each other and views on the world.The film was nominated for an Oscar in 2017 as “Best documentary feature film”, participated in the out-of-competition program of the 70th Cannes international film festival, was also awarded the prize “Golden eye”.
“What’s the matter, miss Simon?”What Happened, Miss Simone?Duration: 1 h 41 minotkrovenny and honest documentary biopic about one of the greatest women in the history of classical jazz. The Director was American Liz Garbus, producer-daughter of the singer, Lisa Stroud. The motivation to make this film was Stroud’s dissatisfaction with Cynthia mort’s painting “Nina”, which, according to the producer, greatly distorted the image of her mother.In the documentary ” what happened, miss Simon?”Nina Simone is shown to us with all the sincerity and magnetism that won the hearts of millions of fans. The film raises the theme of a strong personality and internal struggle for freedom and self-expression in a difficult period for America-the 1960s. Simon passionately defended the rights of blacks, she was even called ” Martin Luther in a skirt.” The film is assembled from hours of recycled autobiographical materials, which surprisingly convey the cruelty and absurdity of the time in which the artist lived.You will learn why the great singer at the height of his fame left his family, career, country, loyal fans and moved to Liberia. Perhaps the main question of the picture: how, faced with injustice and dirt, to save his own face?The film opened the 2015 Sundance film festival and was released by Netflix the same year.
“One of us” One Of us Duration: 1 h 35 minprovokatsionnaya and emotional tape of American Directors Heidi Ewing and Rachel Grady, telling about the most closed and ultraconservative society in new York.The plot of the film tells the story of three former members of the Hasidic community of Brooklyn: Ari Gershkowitz, Lucer Tversky and etty Ausch. These people no longer live by the old rules, they became disillusioned, left everything they had, and decided to start life anew, unwittingly becoming outcasts of society.Some of them turn to a special organization to support former haredim, such as “Steps”, and others have to learn new professions for socialization. Heroes long and frankly talk about their past lives: faith and difficult relationships with their families, controversial and terrible moments, which are not accepted to talk outside the community.In one of its reviews, LA Weekly wrote: “Despite the fact that the film “One of us” tells only three stories, it very accurately describes this strange, backward society, thriving in the center of one of the most multicultural cities in the world.”In 2017, the film was nominated at the Philadelphia film festival and became the opening film at the Toronto International film festival. Netflix took over full funding for the project and released it in October 2017.