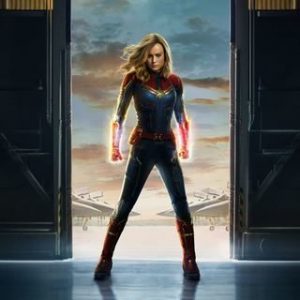 Although a single cinematic universe Marvel and appeared earlier kinovselennoy DC, a solo film about a female character in it came out just now. In the tape “Captain marvel” (Captain Marvel) tells the story of a relatively little-known in the vastness of Russia Carol Danvers, but it is told with a very clear and, what to hide, nice.

The film is built so that superheroes do not seem. This is primarily the story of a particular person, and despite the constant mention of saving the world — and not one-looks very intimate, in fact affecting only a small handful of characters.It is a story of becoming, of representation, of appearance. And not only the main character-Carol Danvers, but also others already familiar to us from the earlier films of the film universe.It’s a very cute movie. I don’t know if I’ve been lucky enough to get cute pictures lately, but compared to all the latest movie comics, “Captain marvel” is as toothless as possible. END_OF_DOCUMENT_TOKEN_TO_BE_REPLACED