10 best and worst films about composers 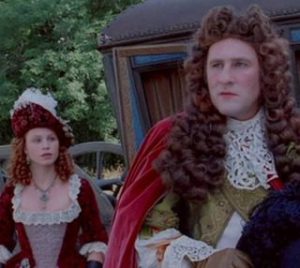 Everything in this world has been covered in movies, and classical music is no exception. The personalities of many great composers aroused the interest of Directors, which is not surprising, as well as the fact that among them — eccentrics and eccentrics, geniuses, tyrants and romantics.

The project sensationally exceeded the expectations of even the Director: Nazis, Catholics, “flashy” costumes and obscene props. In addition to the above, specific humor: take, for example, the crazy scene with eating a banana and a battle with swords, where Liszt duels with count d’agou, or the scene with Richard Wagner (Paul Nicholas), who returns to life in the form of Hitler-like monster Frankenstein with the help of the Scandinavian God performed by Rick Wakeman.Score: 27. Frederick Chopin: Impromptu (1991)Impromptu
Long-haired Hugh Grant-the protagonist of a romantic Comedy. Sound familiar? Yes, even when he portrays one of the great composers of the 19th century, it is difficult not to notice the similarities with the paintings of “Notting hill” or ” Four weddings and one funeral.” However, the resemblance is superficial enough: Chopin’s refined and restrained genius is not a classic Hollywood hero.It was his musical talent that captivated the famous writer, bearing the pseudonym George sand (Judy Davis), famous for numerous lovers and the manner of dressing like a man. And she is determined to seduce Chopin at a reception at a country house in France.Just look at the performance of Emma Thompson as the Duchess d’antan, who certainly wants to become part of the creative Bohemia! Yes, the picture can not boast of historical authenticity, but it has enough love confessions, betrayals, duels, games of croquet and Amateur theatrical productions to make it really fascinating.Score: 38. Giacomo Puccini: “Puccini” (1984) Puccini
Dawn. Puccini (Robert Stevens) is in his boat on lake Torre del Lago hunting ducks when a voice-over grumbles about how critics have defamed his “Bohemia” and “Madame butterfly.” The relationship with what follows is not immediately obvious-when we observe in detail the emotional state of Puccini’s wife Elvira. Being aware of her husband’s love Affairs, she is convinced that he is having an affair with a maid and slanders her, which leads to sad consequences. This scene is intertwined with fragments of Tony Palmer’s documentary, directed by Puccini’s final Opera Turandot.

The film leads to the understanding that the Opera was a direct result of this tragic episode in the life of the composer, but only Palmer felt it necessary to focus on this, inserting Puccini’s dialogues with the villagers in the key scene of the funeral. And then-Aha, so that’s it-we finally catch the main idea of the presence of Puccini’s VoiceOver remarks about criticism! It is as if Palmer has put on display the unflattering reviews of his own work.
Score: 49. Maren Mare: “all the mornings of the world” (1991) Tous les matins du monde