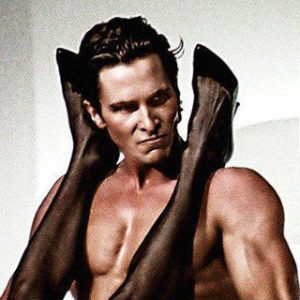 We continue to develop the theme of horror, and this time we present a selection of the most intriguing psychopaths from the world of cinema from Hitchcock to the present day. Let’s go!

1. Norman Bates (Psycho / Psycho, the US, 1960)Unconditional classic-the film, binding to viewing all-all-all admirers genre. Surprisingly and naturally: the picture, shot more than half a century ago, and now is not much out of the context of modernity, and perhaps surpasses other “masterpieces” of our days.In “Psycho,” Hitchcock not only uses his signature techniques — a special style, shooting from the point of view of the character and fractional editing-but also introduces the world to the intelligent, pleasant at first glance, the owner of a roadside hotel Norman Bates (Anthony Perkins).By the way, the protagonist of the book of the same name is strikingly different from Hitchcock’s villain. Compare the images: in the novel, Bates is 40+, he is overweight, ugly, psychologically unstable; in the film, he is a young man of 25 years, tall, slender and charming.Many critics have noted that in this contradiction between Bates ‘outward attractiveness and his inner” evil, ” Hitchcock unwittingly makes the viewer sympathize with his character.

Frame from the movie “Psycho”: E. Perkins in the role of N. Bates
It is after the murder of Marion, the viewer, shocked by such a rapid denouement, “immersed” in the wilds of the inner world of Norman. And here you full set of: childhood trauma, influence maternal figures, a split personality and other schizophrenia. Truly terrifying struggle timid and photogenic character Perkins with the creation of his imagination-a dead, but as if a living mother.
The prototype of Bates was a real-life man named ed Gein. American serial killer-necrophile, after the death of his father fell under the influence of a despotic parent, “made” him an injection of disgust for the opposite sex, “famous” for his methods, which “had no analogues in the history of American criminology.”

Ed Gein in handcuffs
After his mother’s death, he had been a regular visitor to the local cemetery, and he had dug up women’s corpses, carving and preserving fragments of them, and darning garments of dried leather.grave goods. “What the police found last night… Soup bowls made of human skulls; chairs upholstered in human skin, lampshades made of leather, a belt made of female nipples; dried female genitals. The faces of nine women treated in the form of stuffed animals hung on one wall… there was also a leather bracelet, a drum made of flesh, and more. The shirt with the Breasts was made from the skin of a tanned, middle-aged woman. Gein later admitted that he wore the shirt at night, pretending to be his own mother.”Now we understand what Bates meant when he said that “a boy’s Best friend is his mother.”2. Michael Myers (Halloween / Halloween, USA, 1978) Filmed under the strong influence of “Psycho”, “Halloween” also touches on the theme of intricate family ties. Who doesn’t know Michael Myers? Michael Myers seems to know everything: a little boy who stabbed his older sister with a kitchen knife, spent 15 years in a psychiatric hospital to go out and show all of us, fans of the horror genre, Kuzkin’s mother.The commercial success of “Halloween” — with a budget of $ 325,000, the film grossed 47 million in the United States alone-sparked the emergence of a whole genre of films about a serial killer stalking teenagers (slasher). The techniques used in “Halloween” have over time become cliches of many horror films.

Shot from the movie ” Halloween»
However, unlike Bates ‘ character, Myers has no prototype: the idea for the character originated with carpenter during his College years. During the trip with the class to the psychiatric hospital, the future Director had the opportunity to observe the most severe patients. Among them was one teenager who stared at carpenter with an ” incredibly sinister stare.” He later described it as”disturbing, creepy, absolutely insane.” Actually, these impressions formed the basis of the image of the killer.

Frame from the filming of the film, 1978
The understatement and rawness of Michael’s image — despite the fact that the viewer knows him from the very beginning — turn the figure “without a face” into something irrational, and therefore-even more frightening. And here we see the original intention of the Director: the elusiveness of a maniac, hypertrophied impersonality, he is called “the Shape” (Ghost) and “Boogeyman” – all this works as clues that in front of us, most likely, something supernatural. Remember the scene in which the psychiatrist who worked with Michael for many years, exclaims: “He is not a man!”The release of “Halloween” was followed by a series of sequels-it made a series of films about Michael Myers and made him one of the most notable villains of cinema.
3. Buffalo bill (the Silence of the lambs / the Silence of the Lambs, USA, 1991)”the Silence of the Lambs” is a novel by Thomas Harris, published in 1988 and filmed in 1991. the Film directed by D. Demmy has been repeatedly recognized as one of the best thrillers in the history of cinema. The winner of five “Oscars” in various categories, the film is remembered for the brightest images of not one, but two maniacs-Dr. Hannibal Lector and tailor Buffalo bill. We turn our attention to the second.— Why is he called Buffalo bill?”— A policeman made a bad joke: he said he fleeced his victims like Buffalo.
“Bill is skinning the fifth victim,” a voice-over says in the sixth minute of the film, at the very moment when agent Starling looks at photos of disfigured victims of the maniac.The white man, Clarissa assumed, preferred his ethnic group, and he had the physical strength and self-control of a middle-aged man. Careful, accurate, not too impulsive, but will not stop, as he entered the taste.

Still from the film “Silence of the lambs”: Ted Levine as Buffalo bill
Mentally ill JaME Gumb (Ted Levine) “transformed” by dancing in front of a mirror and trying on outfits made from the skin of tortured victims. Formed by the age of 35 into a strong-looking man of athletic build, inside he felt like a woman. Quite ordinary by modern standards, the story has received a disgusting-attractive display in the movie.B. bill-a collective image of four real-life killers, already mentioned above ed Gein, Ted Bundy, G. Heidnik and E. Kemper:

4. John DOE (Seven / Seven, USA, 1995) One of the most famous thrillers of David Fincher received not only instant recognition from viewers and critics (on specialized sites, the film is on the 22nd place in the list of 250 most rated films IMBb), but also introduced the audience to perhaps the most sophisticated antihero, John DOE (Kevin spacey).The viewer sees DOE half an hour before the end of the film, but just remember how impressive his appearance is!

“There will be no happy ending,” Somerset (M. Freeman) tells mills (B. pitt) earlier. — If we catch Dow and he turns out to be the devil himself, Satan himself, we probably won’t be surprised. But he’s not the devil. He’s just a man.”Wealthy, educated and completely insane” just a man ” John DOE cuts the skin off his fingers, leaving no trace at the crime scene and comes to the station himself. He considers himself an instrument of God and punishes people according to their sins: gluttony, greed, idleness, pride, lust, envy and anger. But he himself is listed in this list, which slightly knocks the viewer out of the saddle.The image of the psychopath intrigues with the absolute impenetrability and inflexibility of the prophet. “I killed innocent people? Is this a joke? he turns to mills. What follows is a perfectly logical explanation of the motive for his crimes, making the viewer for a moment doubt the insanity of DOE. And just the perfect final scene, in which the evil Kevin spacey seems to be quite effortlessly outplaying his famous colleagues:”For me, the scariest thing about serial killers is that it’s someone who lives right next to you. He makes noise at night, and you don’t even know that he has a refrigerator full of severed penises,” Fincher says in an interview. It seems that the theme really has held Director since continued in the film “zodiac”.5. Peter Foley (Imitator / Copycat, USA, 1995) “Imitator” – another Thriller of 1995-is notable not for the Director (the name of John Amiel will not tell most about anything), but primarily for the cast (Sigourney weaver/Holly hunter) and very interesting work of the screenwriter Ann Biderman. The main villain in the film was played by William McNamara.Deadlocked with the investigation, a pair of police detectives seek the help of a criminal psychologist specializing in serial killers. Helen Hudson (weaver), looking at the photos of the victims, comes to the conclusion that each of the murders imitates the handwriting of famous maniacs: albert de salvo, Stranglers from the hills, David Berkowitz, etc.”Look for a man of 20-30 years, with white skin, socially active,” she instructs Monahan and Getz, not even suspecting about the terrible gift that prepares her modest, intelligent boy Peter Foley.

Still from the film: William McNamara as Peter Foley
Borrowing many of the techniques from “Silence of the lambs,” “the Imitator” gives actually a more believable image of a serial killer — too ordinary, unremarkable computer wanker, able to get lost in the crowd, like a needle in a haystack. His murders are extremely consistent, though completely devoid of originality — as a chain leading to the only goal-meeting with Helen and meticulous reproduction of his main “masterpiece”.6. Patrick Bateman (American psychopath/American Psycho, USA, 2000)the Film with mixed reviews from critics and remarks by the author of the novel of the same name Bret Ellis, nevertheless stands out for the virtuoso reincarnation of K. bale. On role Patrick Bateman claimed D. Depp and DiCaprio, but what all -??? luck, that the Director paintings (M. Harron) insisted precisely on candidacy bale.