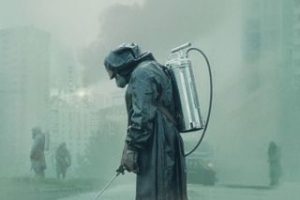 Atomic Affairs are always the twilight element. Recall that the processes in RBMK-1000 went out of control at the minimum power of the reactor. When I started reviewing the now-super-famous HBO production, I was subject to a few restrictions that made the writing even more interesting.First, given the reverent attitude of the editors Stereo.ru in addition to political statements, the assessment of the historical context of the 1986 accident remained outside the brackets. Secondly, the phenomenon of the series “Chernobyl”, which leapfrogged the popularity of “Game of thrones” and became the leader of IMDb, has already been spoken by everyone – in conversations, podcasts, Facebook and television screens. END_OF_DOCUMENT_TOKEN_TO_BE_REPLACED