Watch and dance: the top seven movies about dancing 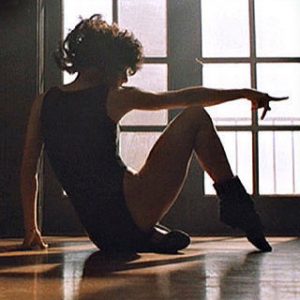 “Dance is almost a Declaration of love,” Dostoevsky said. “Cinema should make the viewer forget that he is sitting in the cinema,” Polanski repeated. Movies about dancing or dancing in the movies. Or maybe movie stories about love, passion, self-discovery, midlife crisis. So, today-a selection of films about dances and dancers. Look, enjoy, count the number of repetitions of the root “dance” and do not forget to dance to the beat!

1. “Saturday night Fever” (Saturday Night Fever, 1977)the Film directed by John Badham entered the history of cinema and fell in love with the audience, including thanks to the dances performed by a young John Travolta. Moreover, this tape has become a symbol of the bright, sparkling disco era.The main character is Tony Manero, a Brooklyn hardware store worker. But behind Tony’s seemingly uncouth appearance and uncouth manner lies the vulnerable, sensitive soul of a dancer from God. Every weekend Tony goes to the major club just to dance. He has a typical Italian family, a company of bosom friends, an unrequited girlfriend in love with him and, it seems, an unattainable dream-to win a dance competition. But everything changes with the appearance in the life of Tony Stephanie (Karen Lynn gorney).The plot of “Fever” seems not too original against the background of spectacular pas Travolta, who woke up a real celebrity after the premiere of the film in 1977. But the body language fades into the background, giving way to interpersonal relationships of the characters of the picture. And that makes “Fever” not an entertaining movie at all, but a drama with strong social overtones. “Saturday Night Fever”, filled with conflicting experiences of the characters, surprisingly candid scenes (no, now so do not shoot!), the magic of the 70s to the music of the Bee Gees is a must-see not only as one of the best thematic pictures, but also as an absolute classic, a movie for all time.

Interesting facts: 1. The name of the institution “2001” – an allusion to The tape S. Kubrick “Space Odyssey 2001” (1968), extremely popular in those years.2. In Tony’s bedroom hangs a poster of the movie “rocky”, directed by John G. Evildsen, who was supposed to shoot “Fever”, but shortly before the start of filming left the project. Ironically, that sequel “Fever” – tape 1983 th year “to Remain in survivors” – dismantled one of creators “rocky” S. Stallone.3. “Saturday night fever” was the favorite film of the famous film critic D. Siskela, who watched this tape about 17 times and even bought a white suit of the main character at auction.2. “Flashdance”(1983) “Flashdance” is the second film directed By E. Lyne (“Nine and a half weeks”, “Fatal attraction”, “Lolita”). The story of 18-year-old Alexandra Owens is in many ways similar to that of Tony Manero: by day she is a welder (sic!) at a steel mill in Pittsburgh, in the evenings moonlighting as a dancer, but dreams of becoming a professional in this business. She is patronized by an influential elderly ballerina, and in the suitors-just a handsome man.It’s a cotton candy-sweet Cinderella story or a very conventionally ugly duckling: when choosing an actress to star in “the flash Dance,” Paramount boss Michael Eisner asked to conduct a survey among Studio workers and find out which of the three main contenders they would like to sleep with. As a result, Jennifer Beals was approved for the role.Rustic in all senses of the plot and quite artless game actors compensate for the incendiary music of Giorgio Moroder and incredible dance pirouettes. The film is unlikely to make you think deeply or take to heart the path of the main character, but it is definitely able to lift the mood with its musicality, nostalgic atmosphere and romance of the 80s.

Interesting fact:
1. The main theme song — the song “What a Feeling” performed by I. Kara — was written by Giorgio Moroder. For writing this song, he received his second Oscar for “Best original song” and two Golden globes.2. The lead singer Jennifer Beals “danced” with the help of several understudies, one of whom was a man.3. A number of dance numbers and musical accompaniment from this film were repeatedly used in other films and clips of popular artists (D. Halliwell, D. Lopez, B. Knowles).3. “Dirty dancing” (1987)”Dirty dancing” “blew up” screens in 1987. So, unequal romance: she-a girl from high society, he-a poor dancer. He is the star of the dance floor of a fashionable resort, she does not know how to move at all. By coincidence, they form a pair. The main role was brilliantly performed by one of the most coveted movie heroes of the 80’s, the late Patrick Swayze.However, this picture has a surprisingly interesting backstory, which is worth mentioning. After the resounding success of “Saturday night Fever,” American dance cinema is experiencing an unprecedented rise (“Glory,” the aforementioned “flash Dance”). The main feature of all these paintings was a purely male look. Writer and screenwriter E. Bergstein changed the mood of the narrative, putting at the head of the relationship of the ugly heroine (Jennifer gray) with a beautiful dancer, her own father, and also raising the topic of underground abortions. The producers-men like the script did not find the response: the project is a very long time was half-asleep as long as they are not interested in independent Studio Vestron.

When the completed film was shown to Vestron bosses, They grabbed their heads, as it became obvious-the project is a failure, and it is unclear what miracle will help them return the money spent… However, this time the intuition failed the company’s management: in the first weekend the film earned 10 million dollars. The box office was made by a large female audience, who reviewed the film many times. Having collected about 170 million dollars at the box office, the picture not only fully paid for itself, but eventually became a classic of melodramatic cinema.She and now looks touching, get back a little sentimental and (Yes-Yes!) extremely relevant. Just think, times change, fashions and mores change, but the feelings – and in the 60s, and in the 80s, and in the 2000s-are the same. Contempt, fear, confusion – always the same symptoms. And dancing brings us closer. Erase language barriers, social inequalities, facilitate understanding, encourage to speak the same language, finally awaken love. Well, who are we without love?

Interesting fact:
1. The prototype of the main character is Michael Terrance, a notable Broadway dancer and choreographer who was among the first American popularizers of Mambo.2. Gray, 26, and Swayze, 34, were ten years older than their characters.3. All the main roles in the film were from Broadway and professional dancers: the Director wanted to shoot really dancing people, and in addition, Broadway performers were cheaper than famous actors.4. “Billy Elliot” (Billy Elliot, 2000) Stunning, not afraid of the word, the story told by Stephen daldry, about the benefits of disobedience and self-belief. The film takes the viewer to the 1980s and the fictional city of Everington. The miner’s son, eleven-year-old Billy Elliot (Jamie bell), attends a Boxing section after school, but accidentally sees ballet class classes, lights up with a dream of dancing.The film, which touches on a rather serious problem of confrontation between the individual and society, is actually very light, positive and looks in the same breath. Grim mining strikes and the fabulous ballet world of miss Wilkinson’s class; Billy’s father’s firm belief that “all dancers are faggots” and the teacher’s Holy faith in the talent of the guy; dramatic, tear-wringing moments, replaced by elements of Comedy-all this makes the film contrasting, dynamic and very touching spectacle. Reviews from serious critics and multiple awards, including the BAFTA Awards, the Edinburgh international film festival, Nominations for the Oscar, Cesar and Golden globe-the best proof of this.

In addition, unlike all the other pictures in the collection, “Billy Elliot” can be safely recommended for viewing to the younger generation — as a good example of motivational cinema. At a reception at the Royal ballet school in London, Billy is asked: “How do you feel while dancing?”The bewildered boy replies,” as if I were evaporating. It’s like the body is changing, like there’s fire, and I’m just flying. Like a bird, like electricity.”In the creative profession, there are often no clear schedules, no formulas, no figures, but for the success of the artist (here-a General concept), in addition to talent, it is absolutely necessary mad diligence and obsession on the verge of fanaticism. The film in including and about this.
Interesting fact:
1. Jamie bell studied ballet, so he got used to the role quite organically.2. In the process of writing the script, Lee Hall drew in part on the story of dancer Philip Marsden of the Royal Ballet. Marsden hails from the North of England, and many of his family worked in the mines.3. Initially, the film was called “Dancer”, but in the 2000s in Cannes there was already a picture with a similar name – “Dancing in the dark” Trier-so it was renamed.5. “Let’s dance” (Shall we Dance, 2004) in the center of the plot — the story of American lawyer John Clark . Tired of the daily routine-home, family, work, home, family-he begins to take Latin dance lessons with a timid hope of adultery with the sexy dancer Pauline. However, as often happens in life, everything turns out exactly the opposite: the teacher turns out to be a woman not easy, but heavy behavior, and in Mr. Clark awakens a violent passion for the art of dance.