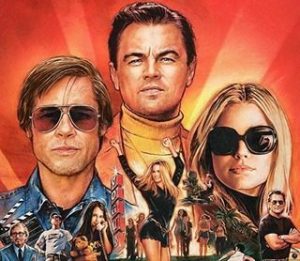 There is a genre of “slice of life”in online fiction. It is usually translated into Russian as “everyday” — and it is best suited to describe what is happening in “Hollywood”. For two and a half hours, the viewer is simply shown a few days from the life of the characters of the picture, without giving, it would seem, any specific tie, which will eventually unfold in the final. And something in it subtly resembles “Pulp fiction” – although the films are far from each other, as Shanghai from Larnaca.Rick Dalton, a fading Hollywood star played by Leonardo DiCaprio, is trying to cope with his fading situation. END_OF_DOCUMENT_TOKEN_TO_BE_REPLACED