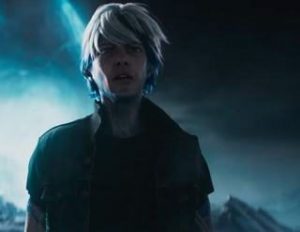 The basis of the film adaptation was the novel of the same name by Ernest Kline, and Kline also worked on the script of the film. The story tells how in 2045 the world, which has hardly survived fuel, economic and other social crises, hides from the harsh reality in the virtual reality. This fake world called OASIS was created by James Holliday (mark Rylance, “Spy bridge”, “Dunkirk”), who is compared to Steve jobs in terms of influence on humanity.But, like jobs, Holliday is not eternal-however, he, unlike the prototype from Apple, had no heirs and left a special will: somewhere in the OASIS hid the “Easter egg” (a secret left by the developers, usually not related to the main concept of the game). END_OF_DOCUMENT_TOKEN_TO_BE_REPLACED