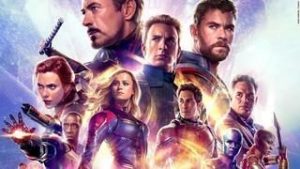 I will talk about the American comic book industry, as Marvel is, in General, one of the American companies represented in this market. More recently, the love of these picture books among teenagers and young people was often considered something shameful. Some argued that comic book lovers were hiding from the harsh unfriendly world in a world not real, hiding from the pale reality in acid colors. END_OF_DOCUMENT_TOKEN_TO_BE_REPLACED