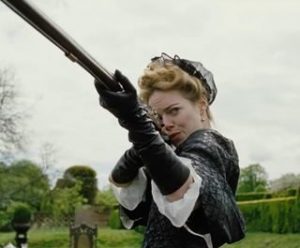 The thing is probably that “Favorite” is not an author’s project, but a commercial one. For the first time, the script of the film was not handled by the Director himself, but by writer and producer Deborah Davis and series writer and Director Tony McNamara.The plot of the film is built around the Palace intrigues between two confidants of the British Queen Anne, the last reigning monarch of the Stuart dynasty. The narrative covers the earliest start time of the reign of Queen — the end of XVII and beginning of XVIII century. END_OF_DOCUMENT_TOKEN_TO_BE_REPLACED